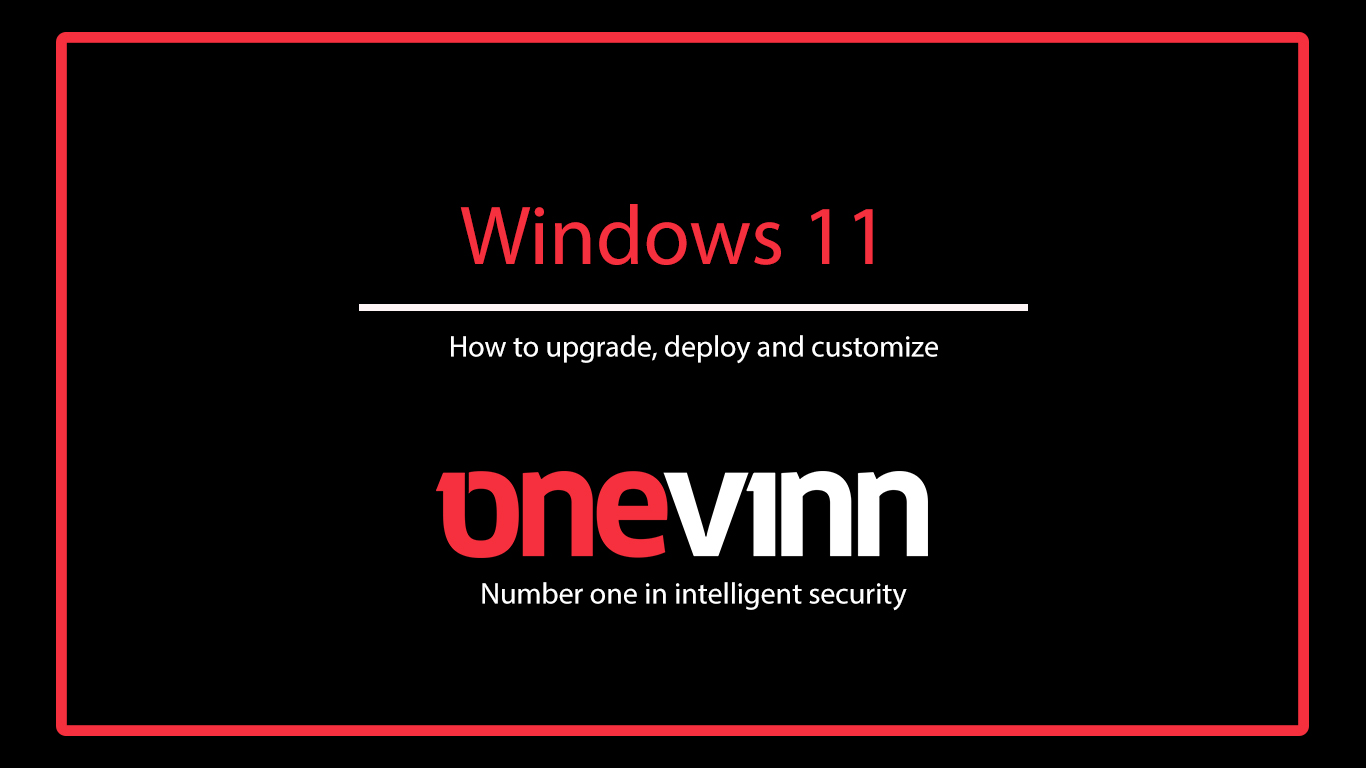 Windows 11 has just been released to the public. During October Jörgen Nilsson released some blogposts on the topic of upgrading, deploying and customizing your Windows 11. we thought it could be a good idea to summarize it all for you. Enjoy.

Windows 11 customizations a first look
Customization of Windows 10 is something that we have done since Windows 10 was released. Reason? Get rid of apps that are not enterprise ready and should not be on an Corporate device, set default apps for our preferred applications maybe apply company branding and more.

Windows 11 changes nothing of this as many of the same apps are installed and there are still many scenarios where we want to modify the experience for the end user. What has changed is the Start Menu which will is and will be always is a big discussion point on how what IT should control.
Lets’ have a look at the basic customizations we normally do and how they work in Windows 10. Our Second blogpost will cover this: Windows 11 customizations a first look.

Modify Windows 11 Taskbar during OSD, Intune and GPO
When it comes to modifying the TaskBar in Windows 11 nothing has changed since Windows 10. The only change is that the Start Menu part of the XML file is no longer used, it has been replaced by a .json file. More on that in the next post. More information can be found here on Microsoft Docs: Configure and customize Windows 11 taskbar – Configure Windows | Microsoft Docs
What do we need to modify the TaskBar then? We need an .XML file as shown below as sample. It will remove everything and replace it with Edge and File Explorer. Our fifth blogpost will show you how: Modify Windows 11 Taskbar during OSD, Intune and GPO

Want to know even more? Take a look at our:

The Smart Way to a Modern Workplace Workshop